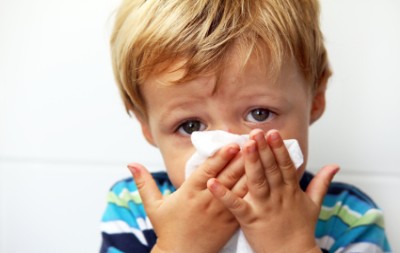 Hayfever is a common term for allergic rhinitis which generally involves symptoms such as sneezing, watery or itchy eyes and a running nose. Many people find that these symptoms flare up in spring where there are more pollens in the air however there are a lot of people who react to  allergens all year round; animal hair, house dust, moulds and insecticides are all common triggers of symptoms.

Unfortunately, if left untreated, the associated build up of mucus in the nasal passages may lead to sinus infections or contribute to asthma symptoms. In addition sufferers may find their sleep disrupted, experience a 'foggy head' or daytime fatigue.

Nutrients such as Vitamin C & Quercetin function as natural anti-histamines as do herbs such as perilla, baical skullcap & albizzia. Fenugreek & Horseradish can be taken during the acute phase to assist with clearing mucus from the nasal passages. When people have a tendency to colds Zinc & Vitamin C can be added to boost the immune system & reduce viral inflammation.

Some other considerations include:

A number of studies have suggested links between atopic (allergic) diseases and various events at birth, or during infanthood. Researchers in Sweden recently examined data in attempts to determine whether or not hayfever development was influenced by age at birth.

They found that pre-term infants, or those with a lower gestational age has decreased needs for hayfever medications (when examining the prescribing registers of the country), and thus displayed lower rates of the condition. The researchers suggest that this may be because their immune systems had been exposed to pathogens earlier in life, prompting the body to produce more white blood cells known as TH1 than those known as TH2 (which are linked to allergies). Also, during pregnancy, a mother’s body has more TH2 than TH1 cells, because this is a safer state for maintaining a pregnancy. Longer time in the womb means that a child’s immune system may allow TH2 cells to predominate, giving them a greater risk of atopy (allergy) later in life.

NOTE: Consideration should always be given to individual requirements.  Please consider seeing a qualified practitioner before commencing a new treatment protocol or when combining supplements with pharmaceutical medication.

For more information on Hayfever or to ask a Qualified Naturopath a question Click Here.